Earlier this week, Colour received its 1000th Github star ⭐ and we are proud of the achievement!

We would not be here without the help of our users, sponsors, contributors and NumFOCUS, so thank you all! 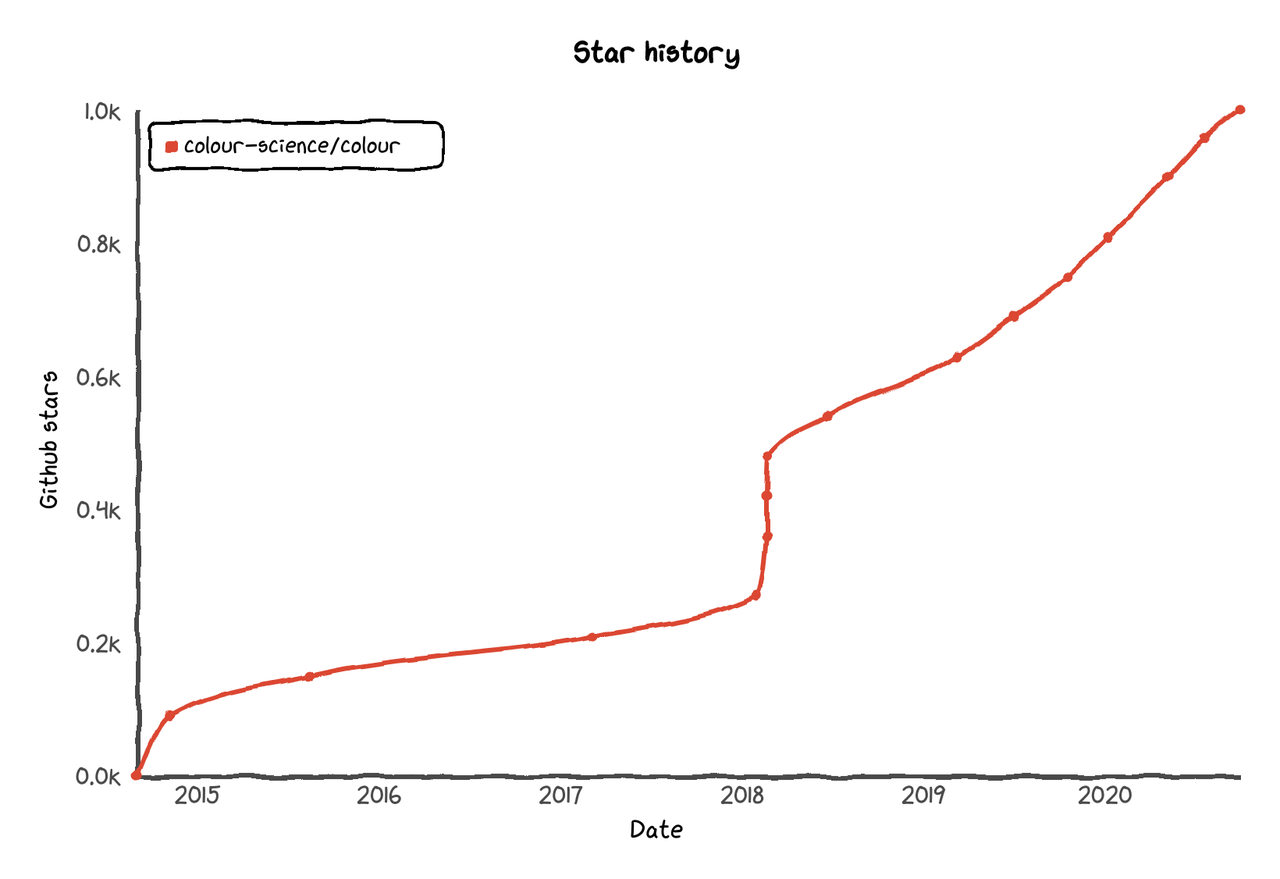 The development started six years ago, in April 2014 and today we reached an important and exciting milestone.

Colour science is often a topic that people avoid until they have no choice but dive into it. As I was trying to address the lack of quality HDR imagery for Image Based Lighting on the web, I quickly fell into one of the deepest rabbit hole one could encounter. The truth is, I'm still falling into it at light speed, and it is seemingly bottomless! :)

Michael joined shortly after, and from that point, the project started to take off.

Early, Michael and I created an invite only Slack workspace to coordinate the development. A year and half passed with mostly the two of us working on Colour, at which point Nick joined us along with Kevin:

More people from the VFX industry joined the Slack workspace, turning it into a friendly virtual bar to talk about light, colour, rendering, and everything around those topics. Many discussions not only contributed to shape Colour and its dependent packages but they also rippled into other Open Source projects.

Six years cruising full steam, and we have some highlights the team has accomplished to cherry-pick from:

What's next? First, merging the remaining GSoC code, especially the GPU backend if possible before releasing 0.3.16. Then, we will work toward dropping Python 2 support and walk through the final steps for the 1.0.0 release!

Feel free to join us on Discourse, and contact us on Gitter or by email.