A topic that caused a great deal of passionate discussions is that of the sRGB Electro-Optical Transfer Function (EOTF): Should it be the pure Gamma 2.2 function or the piece-wise function defined in IEC 61966-2-1:1999 Standard?

To put is another way: Should a display calibrated to sRGB adopt the pure Gamma 2.2 function or the piece-wise function?

Warning
When using the term Gamma at colour-science.org, we are always referring to a pure power function whose exponent is known as Gamma.
Note
IEC 61966-2-1:1999 Standard takes a radical stance on the term Gamma in the Ambiguity in the Definition of the Term "Gamma" section:
Historically, both the photographic and television industries claim integral use of the term "gamma" for different effects. Hurter and Driffield first used the term in the 1890's in describing the straight-line portion of the density vs. log exposure curves that describe photographic sensitometry. The photographic sensitometry field has used several interrelated terms to describe similar effects, including; gamma, slope, gradient, and contrast. Both Languimier in the 1910's and Oliver in the 1940's defined "gamma" for the television industry (and thus the computer graphics industry) as the exponential value in both simple and complex power functions that describe the relationship between gun voltage and intensity (or luminance). In fact, even within the television industry, there are multiple, conflicting definitions of "gamma." These include differences in describing physical aspects (such as gun "gamma" and phosphor "gamma"). These also include differences in equations for the same physical aspect (there are currently at least three commonly used equations in the computer graphics industry to describe the relationship between gun voltage and intensity, all of which provide significantly different results). After significant insightful feedback from many industries, this standard has chosen to explicitly avoid the use of the term "gamma." Furthermore, it appears that the usefulness as an unambiguous, constructive standard terminology is impossible and its continued use is detrimental to cross standard and unambiguous communication. 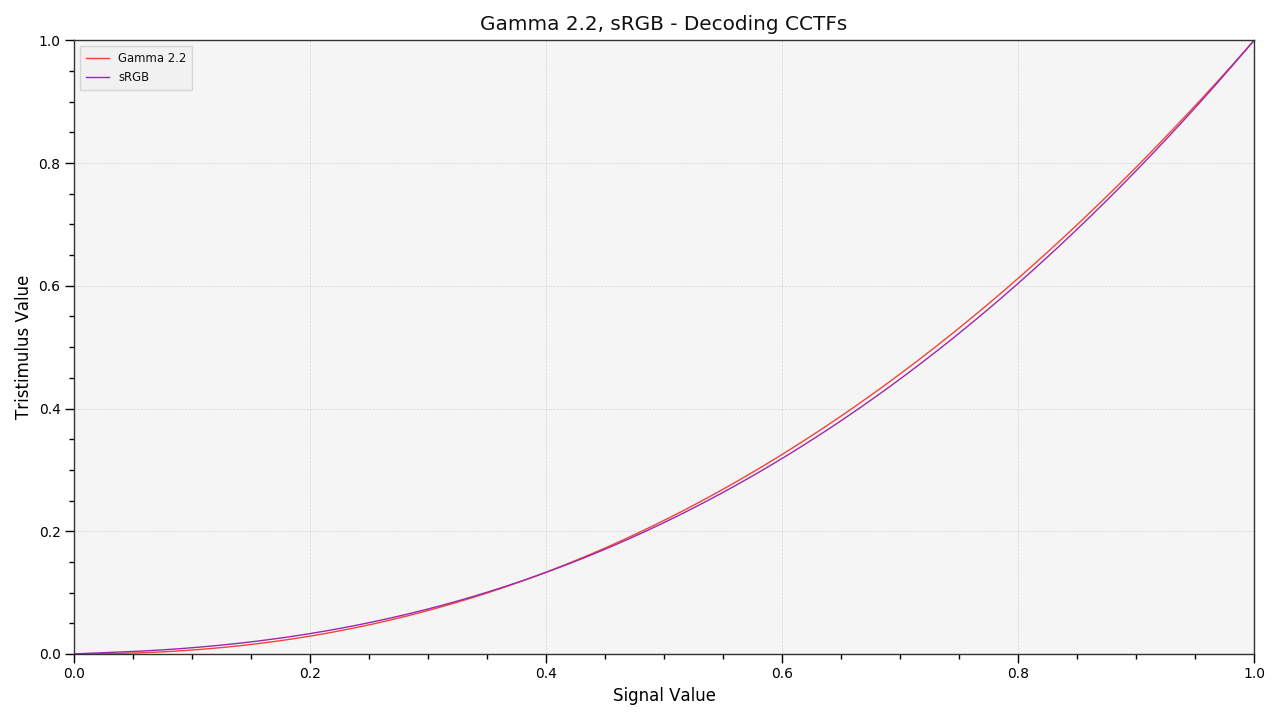 IEC 61966-2-1:1999 Standard lacks the clarity that would give the definitive answer to the EOTF question. The quest takes on a muddy path when the standard states what follows in 2.1 Reference Display Conditions:

Relative to this methodology, the reference display is characterised by the equation below where \(V\prime{sRGB}\) is the input data signal and \(V{sRGB}\) is the output normalized lumiance.

While it is effectively common to find displays adopting the Gamma 2.2 function as an EOTF, many, such as EIZO and NEC are shipping with the IEC 61966-2-1:1999 Standard piece-wise function: 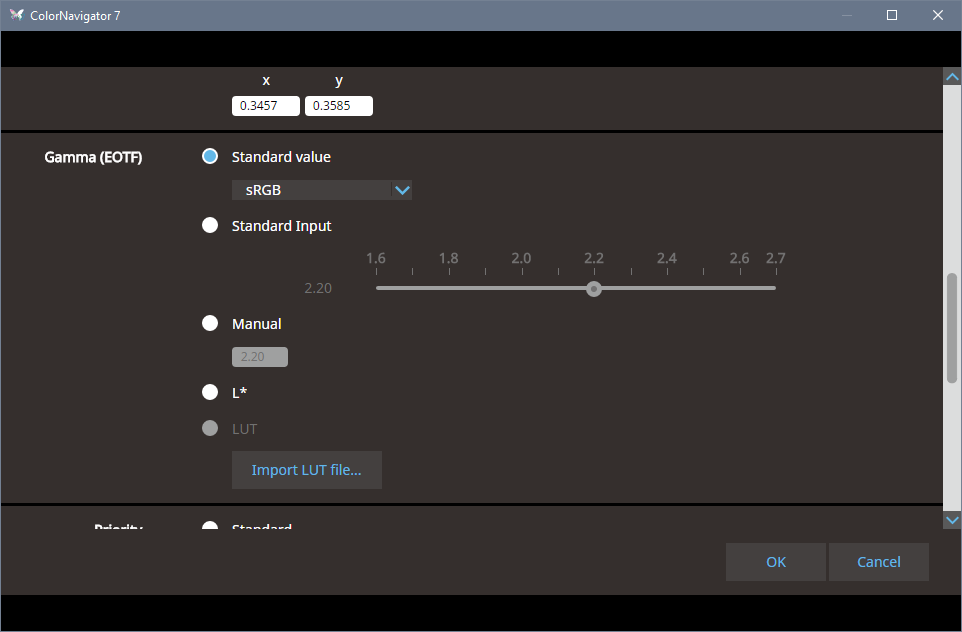 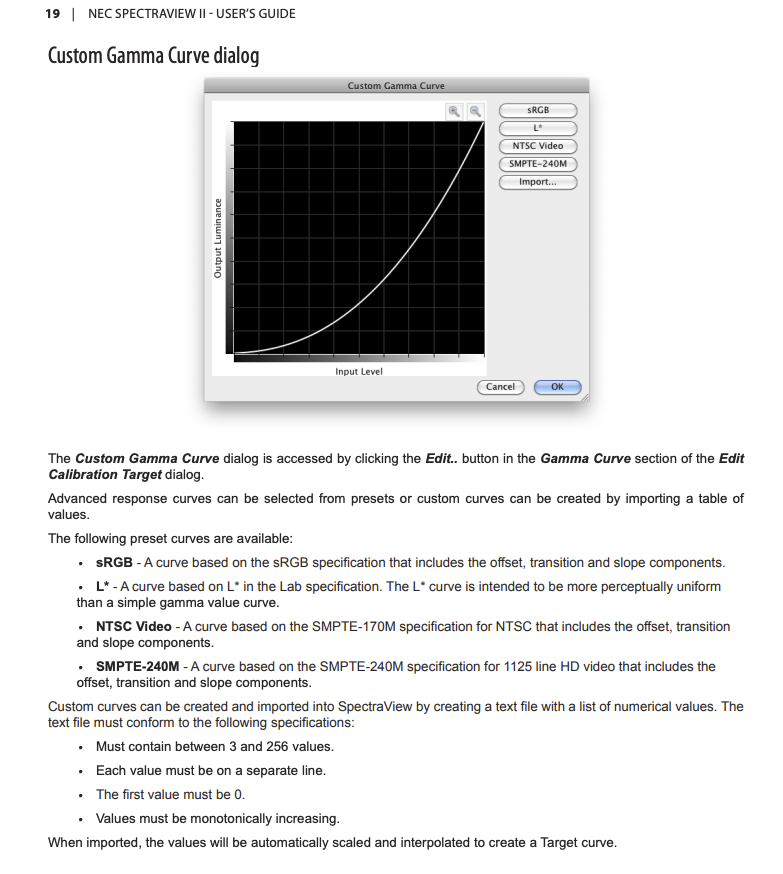 Fortunately, Jack Holm, technical secretary for IEC/TC 100/TA 2 which developed the IEC 61966-2-1:1999 Standard is unambiguous about the sRGB EOTF being the piece-wise function:

It should then be no surprise that the ACES sRGB ODT also uses the piece-wise function. To finish and for good measure, let us quote Charles Poynton:

It took me 4 years to decide that the sRGB linear “toe” needs to be part of reference. CRTs were pure power function (GOGO if you like) all the way down to zero. No LCD shipped in the last 19 years has exhibited that behaviour externally. They all have a linear segment. QED.